My name is Patrick A. Hayes

I write pure fiction with a fascinating, sometimes fantastical technical edge, wether military, secret services, or alien abduction, the intention is for my works to excite ...

I was born and raised in Mitchelstown in County Cork Ireland. I lived in Cork City for six years until coming to England in the early 1960's. I studied English Literature at an Oxford College and ran a series of successful businesses before taking part-time retirement. That's when I began my fiction-writing journey.


People often ask me, what is the fascination with writing, where does the inclination to write novels come from? I draw my influences from Science Fiction and when not writing I can be found in front of the TV watching Sci-Fiction and Drama. Those influences often lead me to sit at my PC and begin to write!


Fortunately my books have received much acclaim from fellow authors in the past few years. I often share thoughts with Ed Glasby a prolific writer, P Pulman, Bill Power a prolific Irish writer, the Rt. Hon. Boris Johnson, Desmond Morris and Baron Robert Pouget amongst others.

This is a novel about the KGB/FBS in Moscow. Ivan Sockalov is a retired head of the KGB in Moscow. A friend informs him his life is in jeopardy and if he wants to live to a ripe old age he will need to act, he needs a plan to survive and must be at the top of his game. Russia is full of intrigue, and holds much suspicion and mistrust of the west. Will he survive?

Leila is gifted unimaginable powers by a secretive alien race. The aliens infused their technology into Leila's mind while she was in her mother's womb. As a result, Leila becomes the target for experimentation by other dangerous and unscrupulous aliens. They try to abduct Leila to their planet to steal this advanced technology so they can dominate other worlds and their inhabitants. Leila is able to thwart the aliens' plans, even when she is a baby. Since then, she has remained anonymous, unidentified, and clandestine, living in peace on a shiny blue planet in the Milky Way Galaxy. However, the time is fast approaching when Leila will reveal herself and her powers to the universe and the people of the planet Earth....

Currently under final edit and very soon to be proofed for release, watch this space!

Ivan Sockalov is a retired head of the KGB and he has settled down to life of ease and tranquility in St Peterburg when he is informed that there are moves to have him eliminated. Now he has to plan what he is going to do about it... 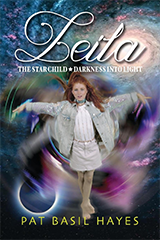 Leila is gifted unimaginable powers by a secretive alien race. The aliens infused their technology into Leila's mind while she was in her mother's womb. As a result, Leila becomes the target for experimentation by other dangerous and unscrupulous aliens. 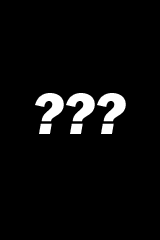